Why We Fight: The Nazis Strike 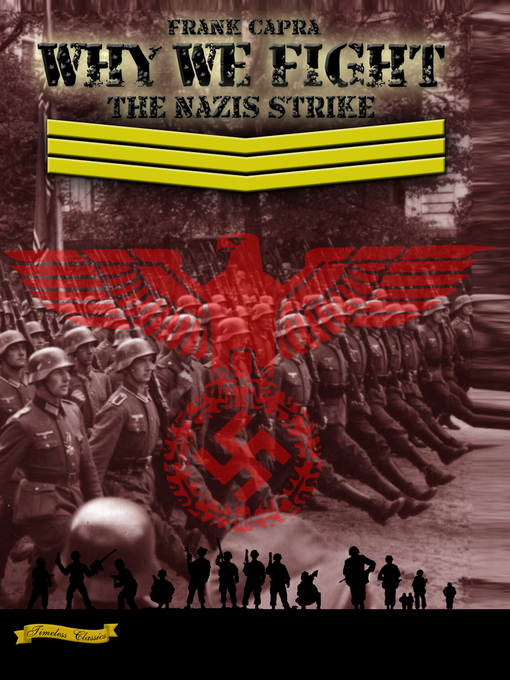 "The Nazis Strike," Chapter II of Frank Capra's "Why We Fight" series, summarizes Adolph Hitler's plan for world conquest and Germany's full scale preparation in pursuit of this end. While the Nazis plead poverty and pacifism, they spend incredible amounts of money to prepare a war machine of unparalleled strength and destructive capability. While Hitler assures the other leaders of the world he has no interest in promoting National Socialism, he begins "softening up" future target nations by sponsoring local Nazi organizations in other countries.

The film explains that the key to Germany's world conquest is the occupation of central Russia, a heartland rich in natural resources. Hitler begins his march in this direction by annexing Austria and part of Czechoslovakia. With these new territories, he now possesses a massive front against Poland, which he invades and conquers within three weeks. After the invasion of Poland, Britain and France declare war on Germany, which then...